A leading organization in introducing the essence of the Islamic culture and assimilating new reverts.

Excellence in introducing Islamic culture to interested persons, preparing new reverts for Islam and raising the awareness of the society to assimilate them.

The program introduces learners to the basics of Islamic culture and its universal values aimed at establishing the principles of moderation, temperance, and tolerance

Arabic for Speakers of Other Languages Program

An informative session held in different languages. It includes a general explanation about Islam and its noble values, as well as answering questions related to Islamic culture for interested persons.

Multilingual Islamic culture courses that aim to develop spiritual, moral and social senses, and promote the values of tolerance, compassion and coexistence. The courses are taught in 5 levels with 70 credit hours. 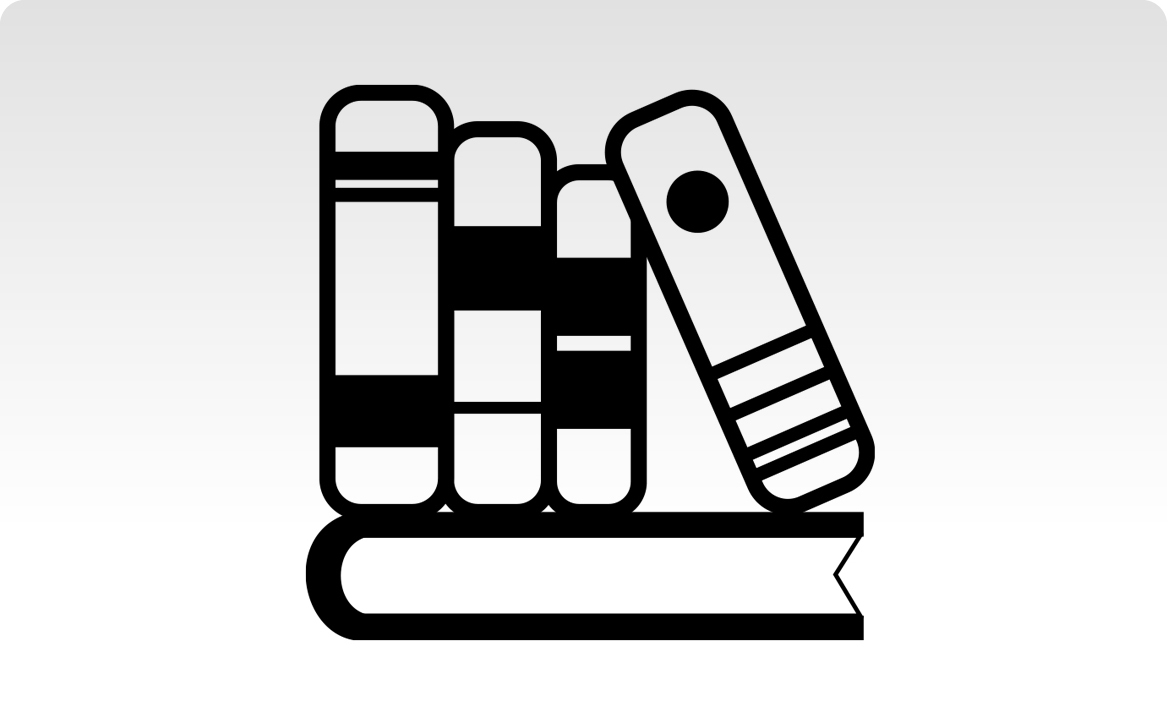 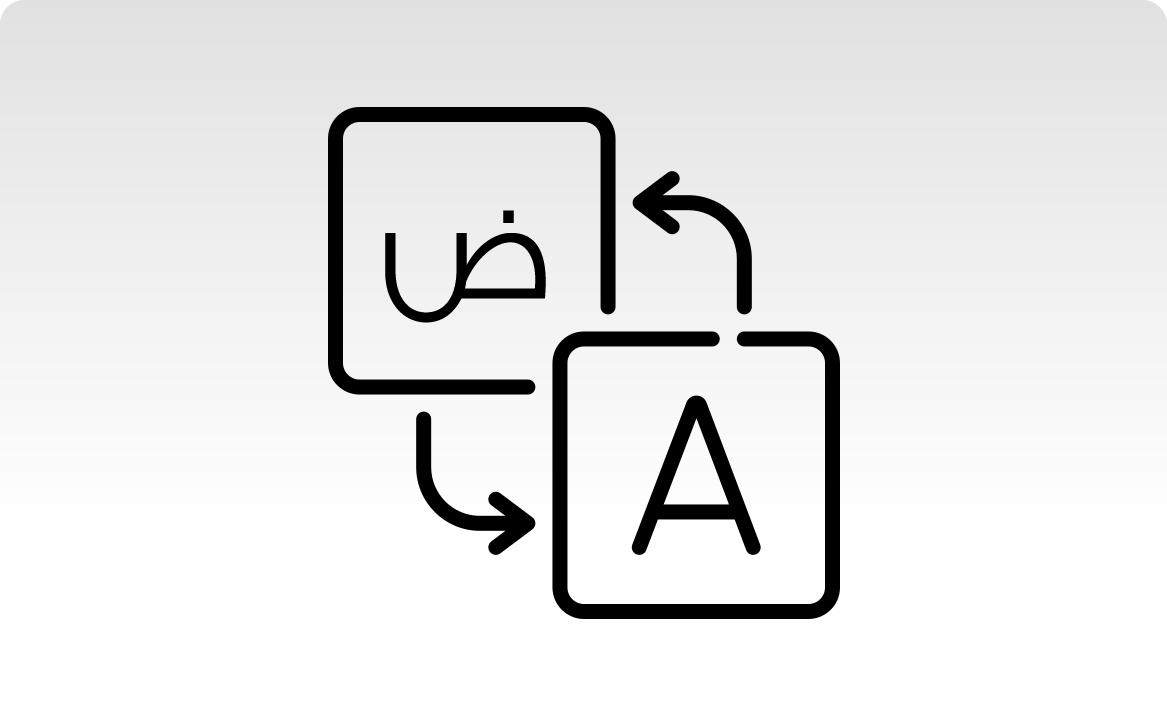 Registration for Arabic to Speakers of other Languages Courses

Arabic to speakers of other languages courses is designed in association with International Universities. The course comprises of 4 levels and extends to 64 credit hrs. 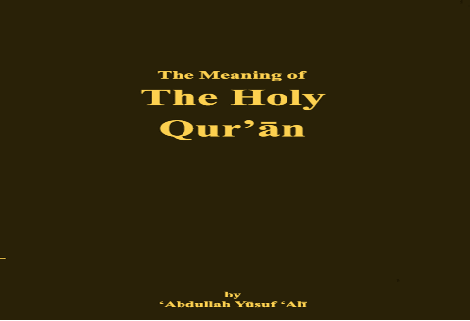 The Meanings of the Holy Qur’an in English language

The book presents the prodigious meanings of the Book of God in international languages to make understanding easier for the reader. By presenting denotative meanings of verses together with the right exegeses without delving into argumentative views or blasphemy. The accuracy of translation, anecdotes, language and style are maintained throughout the book, which targets various segments. Available in : English, French, German, Spanish, Russian, Mandarin, Korean, Tagalog, Indonesian, Kiswahili, Tamil, Amharic, and Sinhalese. 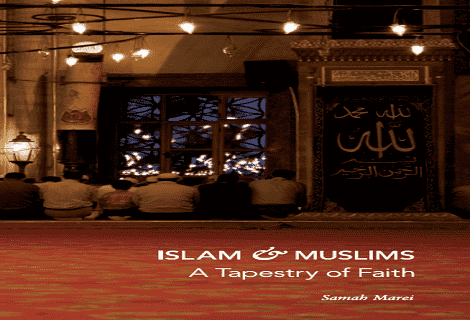 It is an introductory book with regard to the essence of Islam, religious particularities, contribution of Muslims in enriching human civilization with their expertise in culture, art and life sciences. It also introduces the reader to the Almighty creator, the Prophet Mohammed (PBUH), the Qur’an, Sunnah, and explicating of Islamic teachings such as prayer, Hajj, etc. In addition to topics correcting misconceptions about Islam and Muslims like the role of Muslim women in modern society, Hijab, and other issues. Available in: English, French, German, Spanish, Russian, Mandarin, Korean, Tagalog, Indonesian, Kiswahili, Tamil, Amharic, and Sinhalese. 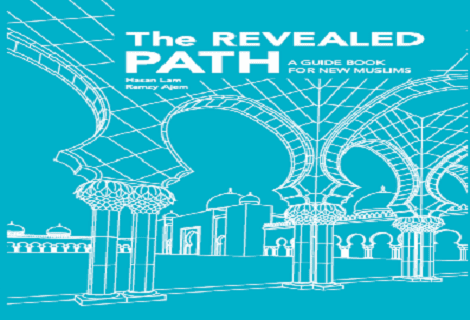 A Guide Book for New Muslims

The book is a brief comprehensive key knowledge to all that a new Muslim needs at his initial life in Islam. It introduces the pillars and basics of Islam, principles of faith, charitable acts and virtues of practical guidance briefly presented to the new reverts. 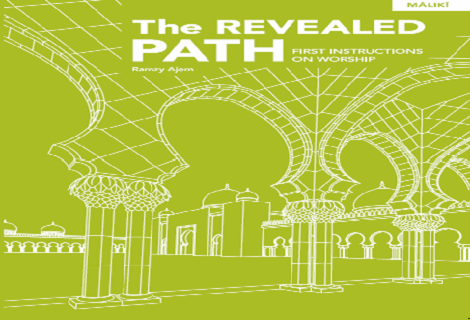 It is a basic introductory book necessary for the new Muslim. It demonstrates ways of prayer, cleanliness, man, woman, call for prayer, preparation for prayer and performance of prayer (mandatory, supplementary, and commended). Added to particulars of prayer, mandatory and supplementary fasting and inquiries thereof. Along with clarifications of meanings in approaches immune to indifference and disturbance for the new Muslim. Maliki school of thought is available in the following languages: English, French, and Spanish. 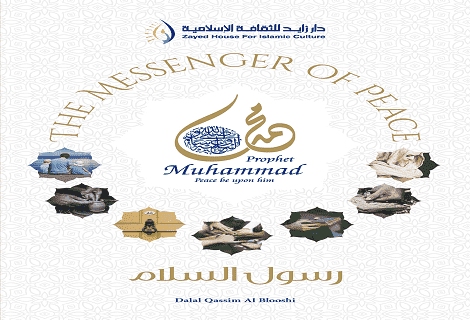 MOHAMMED, The Messenger of Peace

The book introduces the humanity of the Prophet MOHAMMED (PBUH) through hadiths demonstrating his relationship with spouse, children, neighbors and daily life with various segments of society, his approach to teaching and leadership, and inspiration for hard work to benefit all humankind. Available in: English, Mandarin, Tagalog, and Amharic. 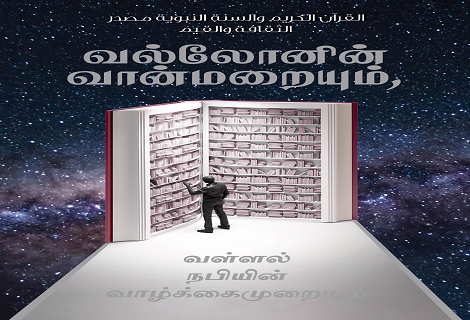 Quran and Sunna as a source of knowledge, norms and values

The book introduces Qur’an and Sunnah as a source of culture and values revealed by the Almighty to teach Islam, guide, educate and establish godly and social human values. It also presents revelation, as a source of knowledge of God most honoring on humankind. Available in: English, Mandarin, Russian, and Tamil. 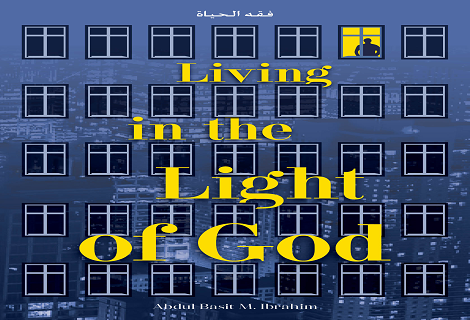 Living in the Light of God

The book depicts Islamic jurisprudence, which is so significant in the life of Muslims. It discusses various topics related to worships, dealing, cleanliness, prayer, fasting, Zakat, Hajj, food, marriage, funeral, inheritance, sell, etc. of respective issues. Especially as jurisprudence is a comprehensive social system reflecting Islam thorough organization of relationship between man and God, individuals, and society as a whole. Available in: English, Mandarin, Russian, and Tamil. 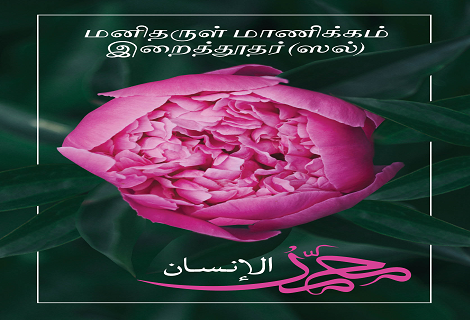 The book presents the simple life of the Prophet (PBUH), his compassion, love and respect for others. Notably as the Prophet was perfect enough to deal with both serious and simple issues at the same time. He was a father, husband, mentor, leader, prophet, messenger, and social reformer. The aim of the biography presented is to follow the Prophet as a role model in terms of his great human morals. Available in: English, Mandarin, Russian, and Tamil. 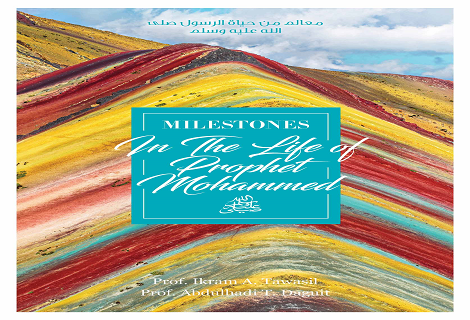 MILESTONES In The Life of Prophet Mohammed

The book is a response to some inquiries about the Prophet’s life, teaching role of previous messengers, and aims and wisdoms behind their sending. Beginning with Adam, Abraham, Moses, Jesus (peace be upon them), and Mohamed – the final messenger. The theme of the book includes events in the life of the Prophet (PBUH) to provide the reader with practical lessons of benefit in this world and the world to come. Available in: English, Mandarin, Russian, and Tamil. 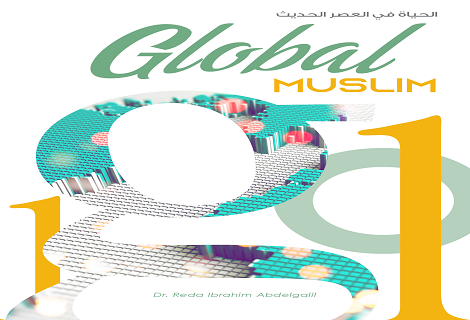 It depicts the comprehensiveness of Islam acclimatizing with modernity and beyond. As it covers all the sensible human religious and every day needs. Especially as Islam, urges for keeping pace and interacting with various existing cultures of religious and ideological type. The book also examines western concepts such as globalism, modernity, etc. to ease diversity. Available in: English, Mandarin, Russian, and Tamil. 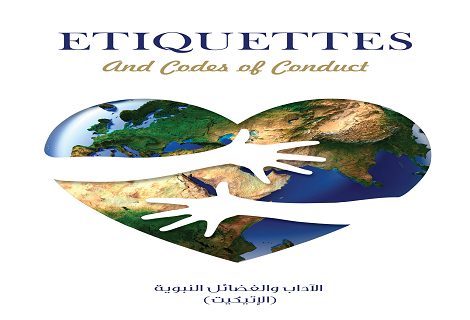 Etiquettes and Codes of Conduct

The book presents the significance of morals and manners in Islam as demonstrated through Qur’anic verses and hadiths. Including cleanliness, hygiene, social etiquette, dealing with spouse, children, guests, social relations, visits to patients and acquaintance, conversation etiquette, and emulating the morals of prophets to achieve the very objective of being in this world. 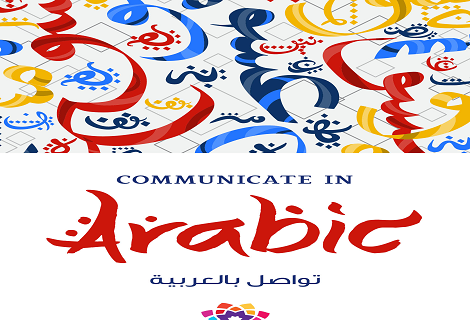 The book focuses on Arabic phonetics to enable students of Arabic o speakers of other languages to use every day Arabic by utilizing various proper usages starting from home, family, venues, time, profession, market, restaurant, hobbies and occasions. The phonological appendix at the end of the book serves a good reference for students self-learning. 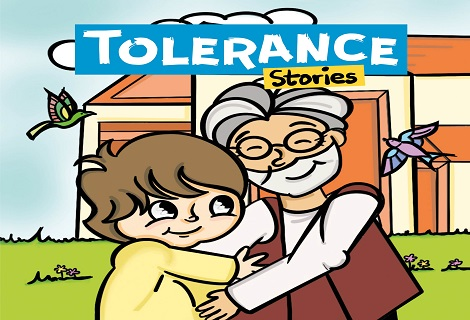 The book presents a group of selected stories of tolerance for children and adolescents in an interesting manner that makes the reader live the events of the story in all its details, and presents tolerance as a virtue entrenched in the true Islamic religion, and a prominent feature; To achieve coexistence between the human beings. Available in: Arabic, English, Mandarin, Russian, Tagalog, Sinhalese, Oromo ,Amharic. 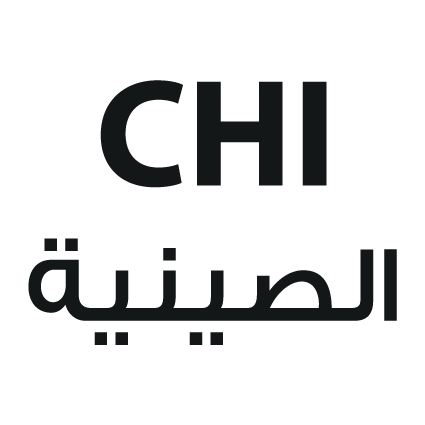 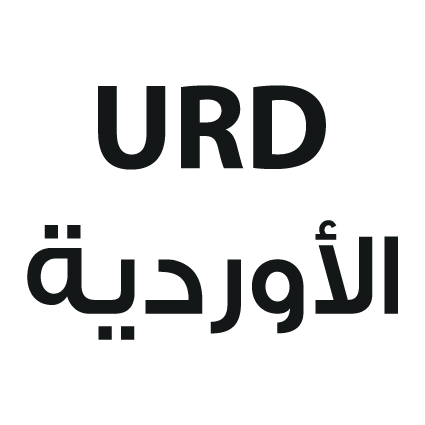 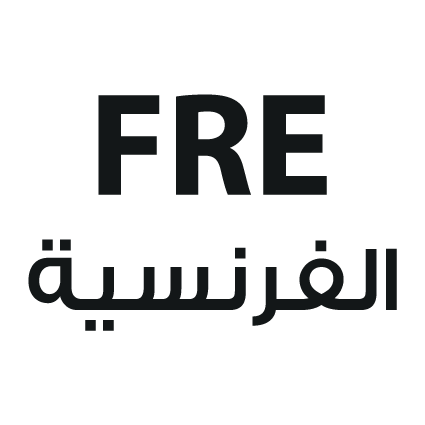 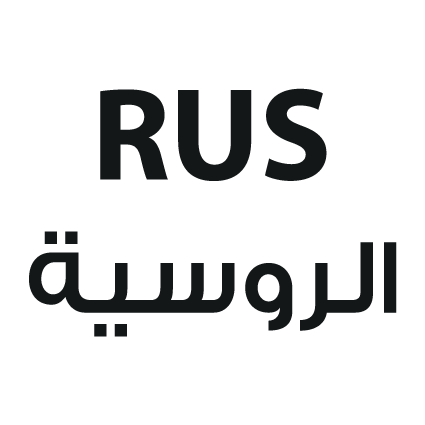 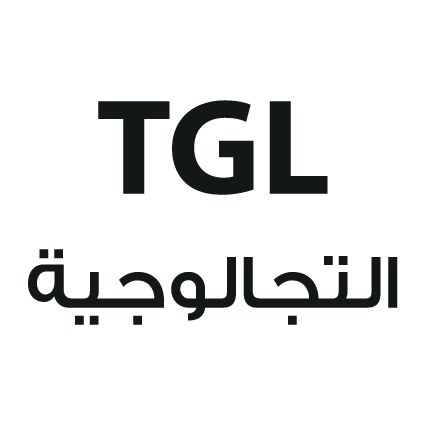 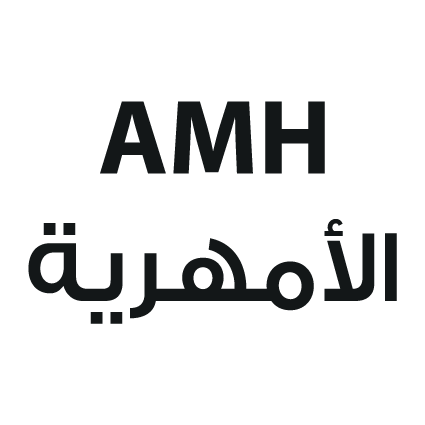 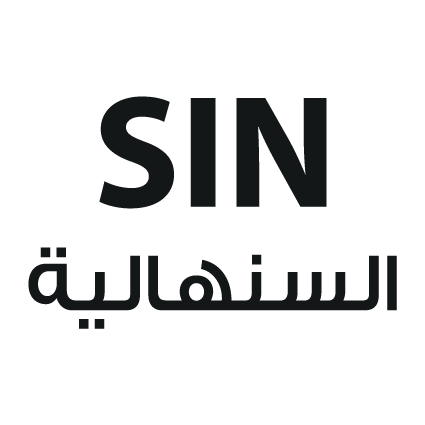 ZHIC Brings Happiness To Its Staff With Package of Initiatives 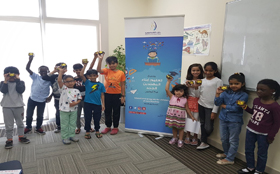 ZHIC Launches Its Initiative for the 'Month of Reading' 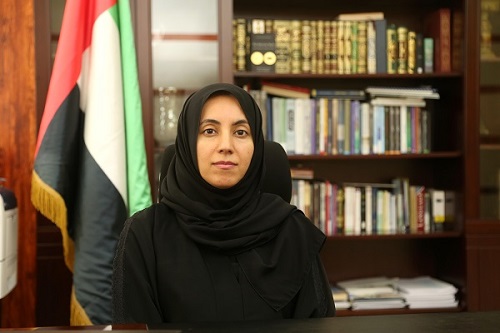 Impossible is Possible With The UAE Leaders 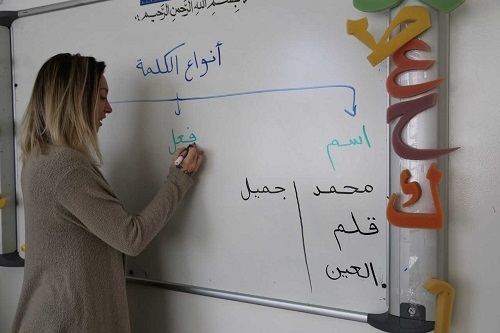 258 Courses Highlighting The Status of Arabic Language In 2020

Keep in Touch with us

RT @AbuDhabi_TAMM: Zayed House for Islamic Culture has just launched its new website https://t.co/Cyq7bGbLdb The site will work to educate…

RT @DCDAbuDhabi: The Department of Community Development hosted the 2nd Strategic Retreat for the social sector which resulted in significa…